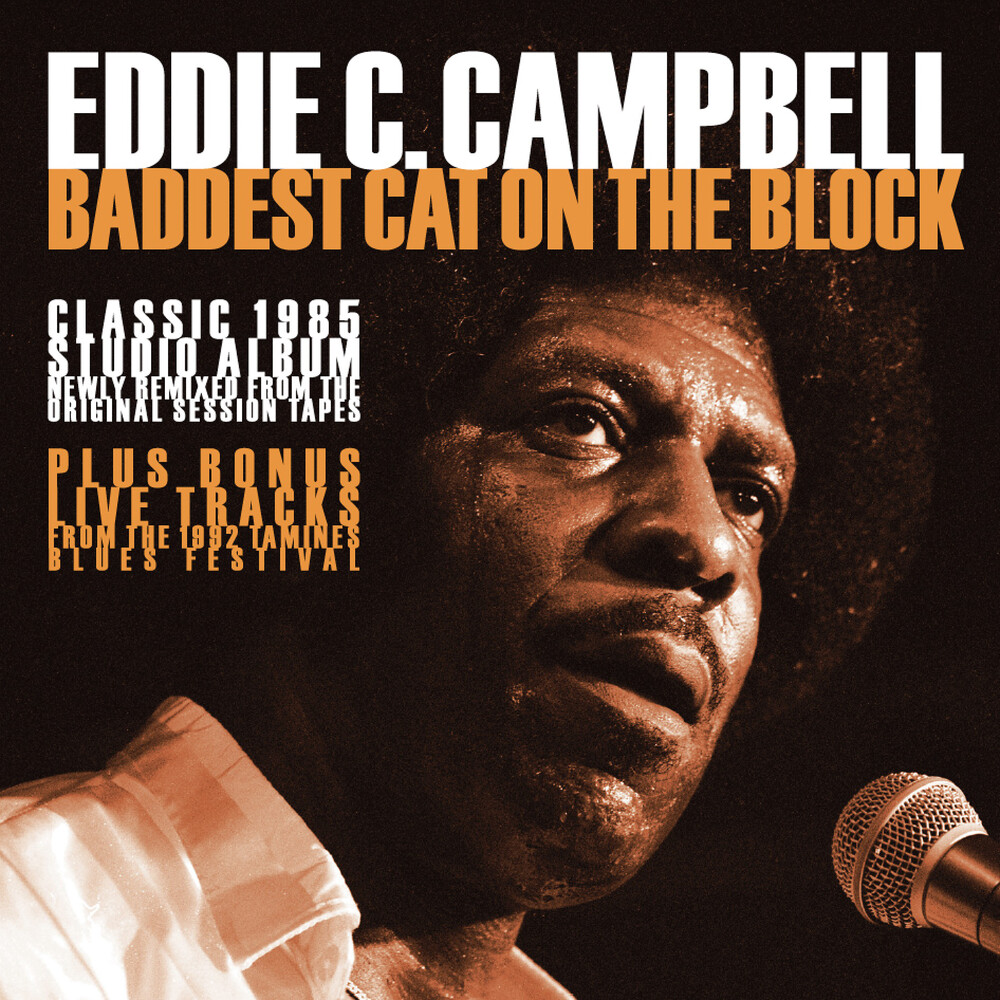 It was the mid 1980s and suddenly the London Blues scene was enlivened by the unexpected arrival of a great Chicago Blues legend... Eddie C. Campbell. Maybe unexpected by Eddie himself too... as stories soon started circulating of a very hurried departure from Chicago with a bunch of unsavoury characters chasing him. It didn't take long for Eddie and me to hook up. He arrived, borrowed some money (having taken a black cab from the other side of London - so not penniless then), and of course we set up some things. He refused my offer to manage him, but I still set up some nice things for him. The album he made in Holland, some nice English gigs and European work through my contacts. And we made an album... Here it is. For this release I dug out the now 35 years old original multi-track session tapes, had them transferred to digital (quite a process, involves 'baking' the tape first and a careful transfer process) so we could work safely on the music without risking the tapes falling apart in our hands! This has given us a much more powerful mix, a totally new sound. Going back to the original tapes means that we have complete versions of a couple of things that were faded and have I Can't Sit Down released for the first time. Eddie of course is really strong, he plays that 'West Side' guitar style superbly and is just a top notch example of a great Chicago Blues club player. This album is completed by four live tracks from the 1992 Tamines Blues Festival. Here Eddie is in more standard blues mode as you would expect from a live performance, but it's a great contrast and fits in really well. This is simply lovely straight ahead Chicago Blues and it's a privilege to be able to enable it to see the light of day. This is the kind of release that the CD was invented for! John Stedman, 2021
back to top