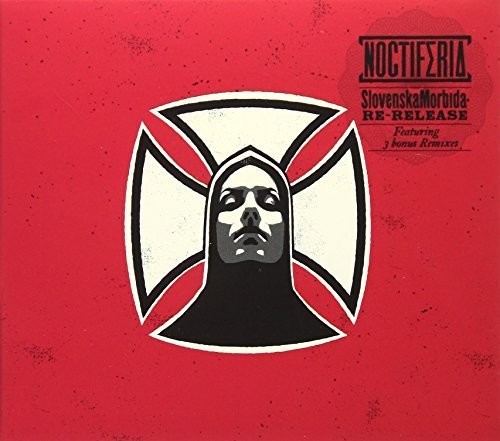 "Slovenska Morbida" is the third album of Slovenian extreme (industrial) metallers NOCTIFERIA. Originally released on 2006, but this is the re-release of On Parole Prod. Of 2014, in digipack edition, remastered, including 3 bonus tracks! The song in the back of the song Slovenska Morbida is one of the most famous slovenian songs - the author is: Avseniki - Slovenija od kod lepote tvoje (Slovenia from where your beauties) Recorded at Metro and Super Soul Studio by Tat Purusha and Fabrica Noctiferia between 2005 and 2006. Mixed at Abyss Studio, Sweden by Peter Tagtgren. Produced by Tat Purusha, Noctiferia and Peter Tagtgren. Mastered at Metro by Tat Purusha and Noctiferia.
back to top